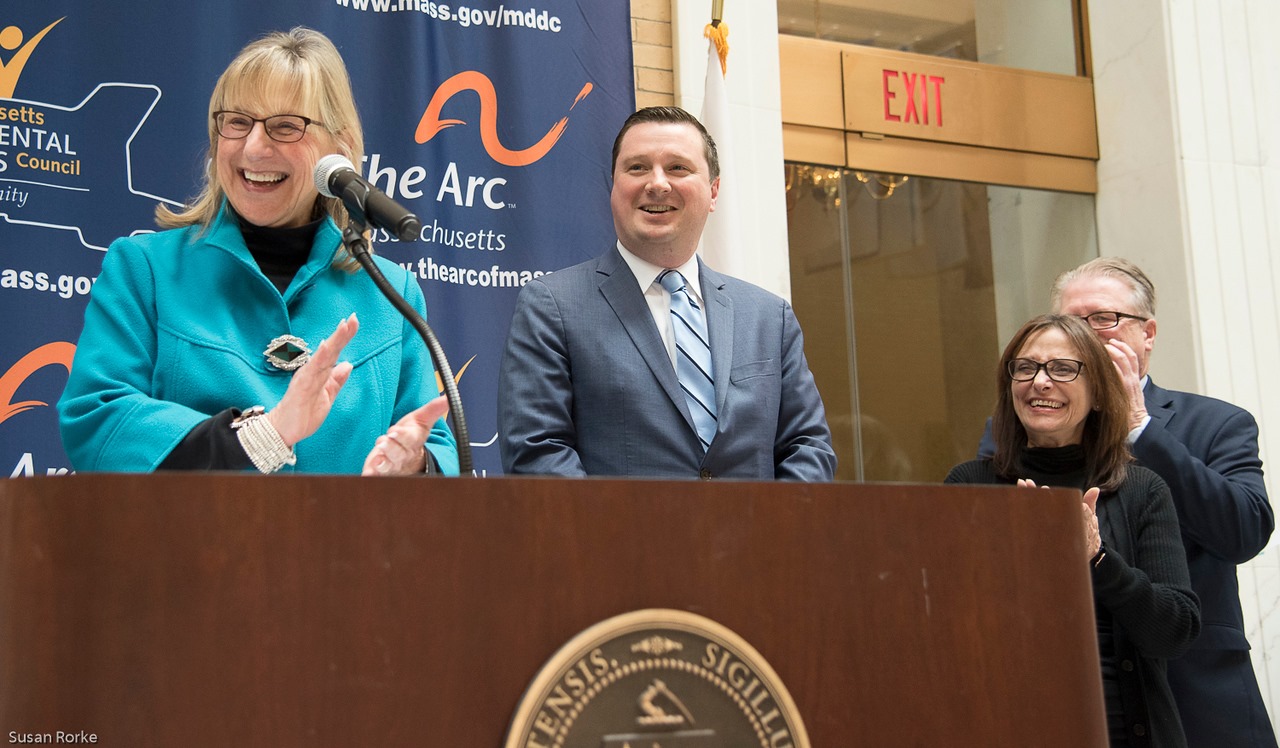 BOSTON, MA – This week, Senator Patrick O’Connor (R-Weymouth) was named Legislator of the Year by the Massachusetts Developmental Disabilities Council (MDDC) at the 42nd Annual Legislative Reception hosted by The Arc of Massachusetts and the MDDC. The award, presented by Senate President Karen Spilka (D-Ashland), was given to Senator O’Connor for his continued dedication to supporting those with intellectual and developmental disabilities.

In presenting the award to O’Connor, Senate President Spilka noted that he fought for the establishment of a caretaker abuse registry, known as Dana’s Law, initiatives to increase housing for adults with disabilities, a more diverse workforce by requiring state contracts to include persons with disabilities, and quality Special Education programming in our schools.

“Through his work it is very clear that Senator O’Connor cares deeply for his communities and all of the people that he represents and can always be counted on to stand up to fight for persons with disabilities,” said Senate President Spilka. “I’m proud as a senator and senate president of the work Senator O’Connor has done and I’m also proud to be here in Massachusetts where we know how to work across the aisle and get things done.”

“This award really means a lot to me, and it always will,” stated O’Connor in his remarks. “I want to dedicate this to the families who stepped forward to take action for their loved ones, and more importantly, the survivors of abuse and mistreatment who all deserve a total and unobstructed opportunity to live a full and happy life.”

The MDDC is an independent agency, funded by the federal government, dedicated to empowering people with developmental disabilities and their families to enjoy full and productive lives by promoting self-sufficiency, community inclusion and opportunity.

“I’m so proud to live in Massachusetts where bipartisan public policy is alive and well and manifesting itself into real change and progress every day, especially for this community, through investments into our shared priorities that make our Commonwealth strong and fair,” stated Senator O’Connor.

Senator Patrick O’Connor represents the Plymouth and Norfolk district, which includes the towns of Cohasset, Duxbury, Hingham, Hull, Marshfield, Norwell, Scituate, and Weymouth. Sen. O’Connor and his staff may be reached at the State House via telephone at 617-722-1646 or by email at Patrick.O’[email protected]

Senate Enacts Bill to Limit the Use of Step Therapy